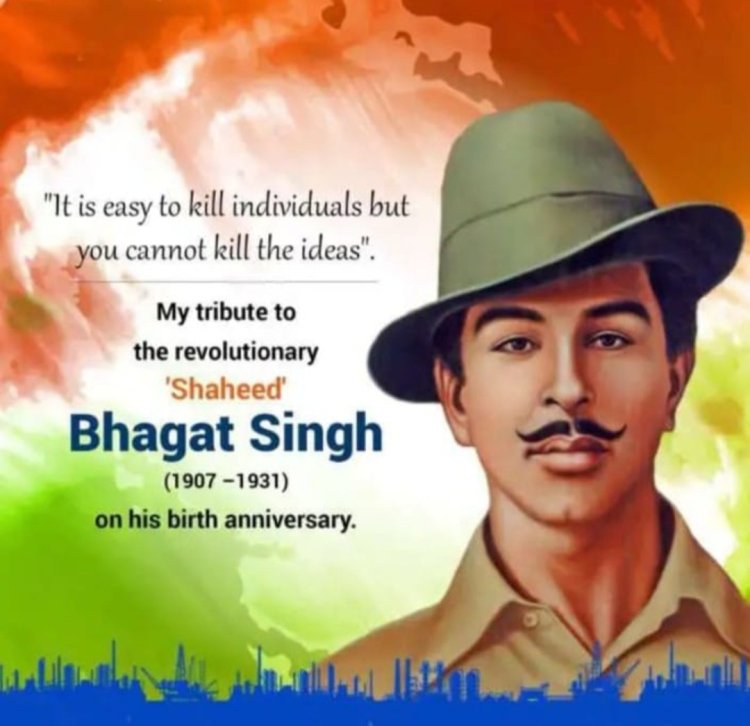 Bhagat Singh (28 September 1907 – 23 March 1931) was a charismatic Indian revolutionary who participated in the murder of a junior British police officer and an Indian head constable in mistaken retaliation for the death of an Indian nationalist. He also took part in a largely symbolic bombing of the Central Legislative Assembly in Delhi and a hunger strike in jail, which—on the back of sympathetic coverage in Indian-owned newspapers—turned him into a household name in Punjab region, and after his execution at age 23 into a martyr and folk hero in Northern India. Borrowing ideas from Bolshevism and anarchism, he electrified a growing militancy in India in the 1930s, and prompted urgent introspection within the Indian National Congress’s nonviolent but eventually successful campaign for India’s independence.